skip to main | skip to sidebar

Jan Dickinson acted for twenty years as a consultant to Italian companies with business interests in Australia and with commercial interests in Rome and Florence, and a wide network of commercial and academic enterprise at all levels, in both countries. She was for ten years, from 1990, a member of the committee of the Italian Chamber of Commerce and Industry in Queensland, to which she was elected for a two-year term as President on March 16, 1999, and was honoured with life membership.

She was the first woman and the first non-Italian to serve as President of an Italian Chamber of Commerce in Australia. She was editor of ICCI News, and Executive Editor of the Italian Food & Wine Guide. Her commercial background is in sales and marketing, and she was a member of The Australian Institute of Management.

She holds a B.A. in European Literature with majors in history and Italian literature, with post-graduate studies in cultural history and three years of PhD research into the early Medici. She was a delegate to the early conferences of 1988 on Multiculturalism and has been involved with issues of immigration and ethnicity for many years. In addition, she has been a bookseller, works as editor and translator of Italian academic publications, writes on Italian and English literature, and was founding co-editor of the international Italian academic journal, ConVivio: journal of ideas in Italian Studies.

She is a member of The NSW Writers Centre. She has been, at various times involved with the Brisbane Writers festival, and on one occasion was instrumental in establishing a link with the Writers festival of Mantua, the Festivalletteratura. From 1990-95 she owned and operated Maria Luisa Books at New Farm in Brisbane.

She worked as a translator of Italian books and articles, and lectured, wrote and published on Italian culture both in Italy and Australia, amongst which was the chapter on Italians in post-war Qld. in the publication Multicultural Qld. 2001, published by the Qld. Bureau of Ethnic affairs. She has been since 1988, a member of the Dante Alighieri Society of which she is a life-member and a recipient of the recognition of Benemerenza, and which she served for nine years as Public Relations Officer, and which she is also served for a term as Vice-President. She is an active participant in a wide range of community issues and organisations.

From 2001-4 she held the position of Convenor on the board of the Italian Consulate’s Progetto Leonardo initiative, designed to heighten interaction between Italy and Queensland—academically, commercially and culturally.

Her principal involvement now is as a writer. Her first novel, The Sweet Hills Of Florence, about the Resistance and the Partisans in Florence during the Civil War of 1943-45, was published in 2018. She is presently working on the next book, Magnifico: The Bonfires, about Florence and the early Medici.

She was in 2004, the proud recipient of an Italian Knighthood, Cavaliere (III classe) dell’Ordine della Stella della Solidarieta` italiana.

Posted by Holiday apartment in Calabria at 2:48 PM No comments: 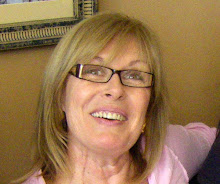